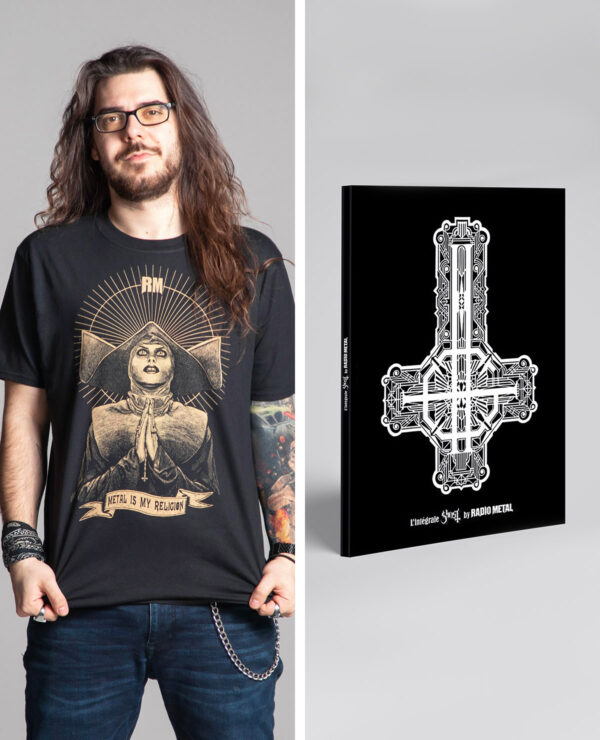 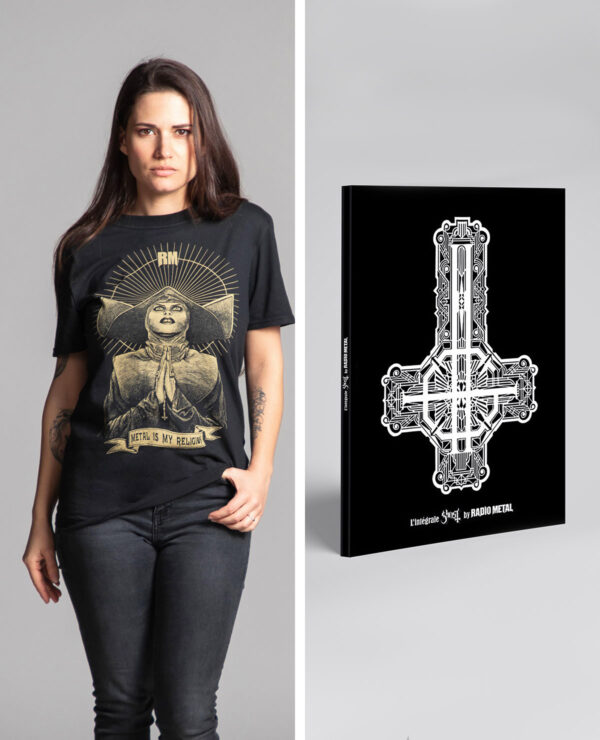 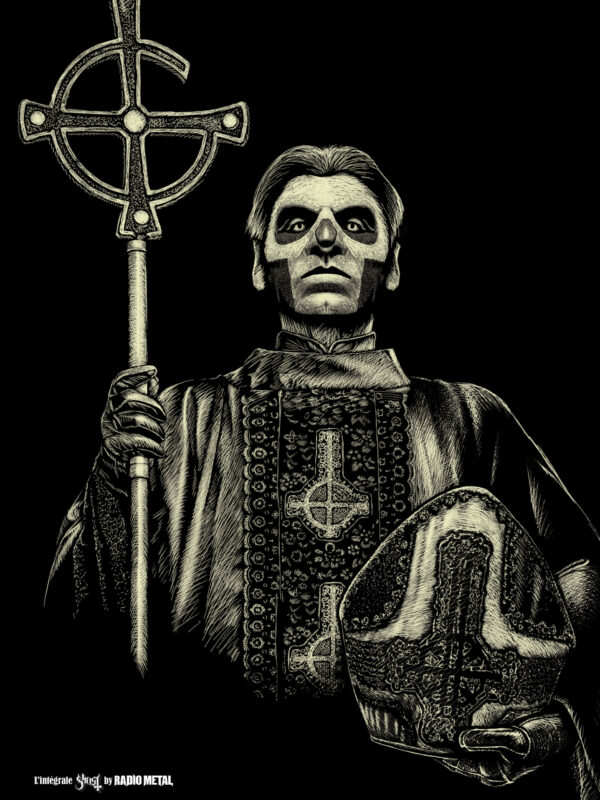 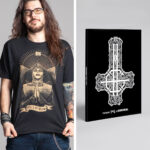 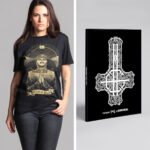 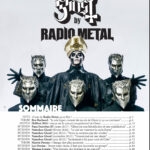 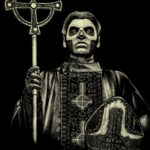 Artwork made by Will Argunas.

This 144-page book aims at going through Radio Metal publications about Ghost, whether content published in the past few years or new material. And God knows that we have material, like, for instance, the 5 interviews we have conducted with the band since June 2013 – among which a particularly interesting one with Papa Emeritus III, conducted on March 28, 2017, which we disclose for the first time in its entirety in these pages.

The book also aims at offering diversified content. This is why we give voice to external actors that had the privilege to get close to Papa Emeritus and his ghouls: Ben Barbaud (Hellfest’s programmer), who gave us a detailed insight of Ghost’s unique show in Clisson in 2016 from behind the scenes; Thomas Lorain (founder of the record label Caroline International), who largely contributed to the band’s rise in popularity in France and who told us more about Papa Emeritus III’s personality; Stéphane Saunier (head of the music department at Canal+), who dared broadcast the band in the show ALBUM DE LA SEMAINE (album of the week) in September 2015 or the sociologist Gérôme Guibert (associate professor at Université Paris Sorbonne), who analyzes the  Ghost phenomenon for us.

This book is full of conversations transcribed as open forums to keep the vision, often very personal, of our conversation partners. Besides, you will find, in the interest of retrospective, reviews of all Ghost’s albums and EPs released to this day as well as feature articles never published on Radio Metal’s website.
Enjoy the reading!

This book is written in French.